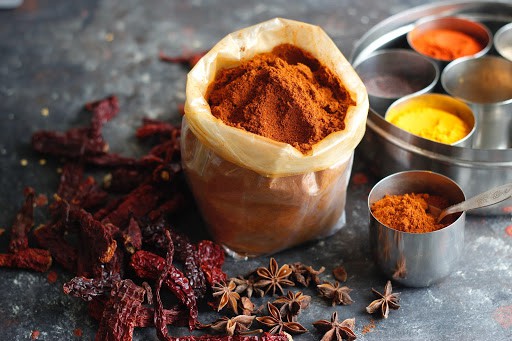 “Is turmeric good for kidney disease?” is another common question I get asked by many of my renal patients when they start their specific diet. I will answer this question in a nuanced manner so that the readers get more insight into turmeric and its effect on people suffering from kidney diseases.

Turmeric does a lot more than simply giving the yellow color or adding a flavor to the food. Turmeric has various nutritional properties like fighting against inflammation, helping with digestive issues and the boosting immune system.

Coming back to the question, “Is turmeric good for kidney disease?”. When it comes to kidney diseases, inflammation is one of the biggest reasons for the progression of the disease which could lead to the complete failure of the kidneys.

How turmeric can be good for kidney disease?

There is a reasonable amount of evidence to suggest that curcumin in turmeric contains anti-inflammatory and antioxidant properties which have shown to slow down the progression of severe kidney diseases like CKD.

Another study done in 2016 suggests that due to the antioxidant and anti-inflammatory content, turmeric may also be helpful in reducing the inflammatory markers in people undergoing hemodialysis and in reducing the overall risk of developing kidney diseases.

What is the main medicinal ingredient in turmeric?

Curcumin is the main medicinal ingredient in turmeric. Curcumin is also responsible for giving turmeric its yellow color.

Because of the active compound curcumin, turmeric was used historically in traditional Chinese medicine as well as in India in the form of Ayurveda as a treatment for digestive issues, upper respiratory tract and for cuts and sores. Turmeric is also used as a paste for skin conditions.

Can curcumin damage your kidneys?

Curcumin/turmeric is generally safe to consume and would not cause any damage to the kidneys. However, for a person who is prone to develop kidney stones, eating a lot of turmeric may increase the chances of developing kidney stones.

The reason for this being the high amount of oxalate present in turmeric. The oxalates are soluble in nature which means that they bind with calcium which results in the development of an insoluble form of calcium oxalate which deposits to form stones in the kidney.

People who already have kidney stones or are susceptible to developing kidney stones are recommended to keep their turmeric intake to the utmost minimum.

Other than the risk of developing kidney stones for susceptible individuals, consuming large amounts of turmeric could also result in headache, diarrhea, bloating, and nausea

Is turmeric good for kidney stones?

As I mentioned above, turmeric powder is high in its oxalate content which might put people who are susceptible to developing kidney stones at risk if they have a dietary oxalate load that is already higher than it should be.

Hence, the turmeric in your diet is normally safe to eat for healthy individuals, however, if you are prone to developing kidney stones, it is important to keep an eye on the amount you consume throughout the day.

Limiting turmeric consumption to 1-2 tsp in a day would be ideal for people who are susceptible to kidney stone development.

Some studies indicate that turmeric may promote anti-cancer effects in people suffering from kidney cancer.

However, a lot more evidence is needed to say anything definitely about turmeric when it comes to kidney cancer.

Turmeric tea can be helpful for kidney disease patients as it might help the kidneys in expelling out the toxic wastes from the body.

Polycystic kidney disease is an inherited disorder that can lead to the development of numerous cysts in the kidneys. The cysts are fluid-filled sacs that can cause swelling in the abdomen.

Evidence suggests that curcumin was able to demonstrate significant inhibition of the development of these fluid-filled cysts, which means it slowed down the cyst formation.

Again, a lot more further research is needed on this topic but the initial studies have indicated a positive result when it comes to turmeric and kidney diseases like PKD.

Tumeric has a number of health benefits because of its antioxidant, anti-inflammatory, and anti-microbial properties.

Research has further indicated that turmeric and curcumin have protective properties that may prevent the kidneys from inflammatory diseases.

4 thoughts on “Is turmeric good or bad for kidney disease?”